Kudos to the Black Leaders and Role Models of the World

Today, November 7th 2012, Barack Obama, the USA’s first black president won a second term for himself. Arguably the most powerful man on this planet since 2008, he has African origins and is looked up to by all members of the black race everywhere. There are probably more pin-ups now of Obama than Bob Marley and Martin Luther King Jr. combined, and for good reason. 44 years after the Civil Rights Act of 1964 enabled indiscriminate voting rights for all American citizens, Barack Obama made another historical breakthrough for all African Americans, becoming President. Today, he proves he’s indeed a world-class leader who continues to instil optimism into the hearts and minds of people all over the world. The margin by which he beat Mitt Romney (303 to 206 according to latest estimates) decisively shows how his powerful personality and grand media presence transcends race and culture.

If in 2008 he may have been regarded as a symbol of hope, he is now a trusted leader, associated in the collective psyche with politics of peace, sound reason and equality; a man who rose from modest means to the highest position of power and understands what life is like for the common person. He’s looking at four more years in the big seat, so it’s probably too early to talk about Obama’s heritage, but there’s definitely a new trail he carved for others to come after him. 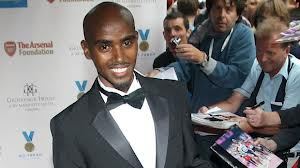 The Root magazine, a well-known African-American publication founded by a Harvard professor and owned by the Washington Post Company, puts together a list of young black exemplary personalities every year, saying that “these black achievers and influencers between the ages of 25 and 45 represent the ideals of The Root”. This article summarises this year’s Roots 100. Government officials, civil rights activists, scholars and academic figures, scientists, sportsmen and even musicians and entertainers are on the list.

Britain has a similar, annual roundup – the Power List 2013: Britain’s Most Influential Black People.  This list is topped by architect David Adjaye, with successful Black British people from all walks of life completing it. Londoner Idris Elba, star of HBO’s The Wire and BBC’s Luther, Olympic gold medalist Mo Farah and celebrity business man Levi Roots are featured among MPs, corporate executives, authors, artists, rocket scientists and religious figures. Praising the BME community’s influence on British society, this list is a motivational tool for ambitious young people of any background.

All this must mean that we’re living the heyday of racial equality. After years of struggle against racism, it appears that skin colour now makes little difference in a person’s chances at accomplishment, and society’s sights are getting set on higher goals. Exactly what those are remains to be seen, and until then let us appreciate Mr Obama’s victory for a definite affirmation of the possibilities of individualism and the substantial contribution black people are making to our world.