The most important occasion on the global travel industry’s calendar is said to be the World Travel Market in London. Held between November 5th and 8th at ADNEC’s huge ExCel venue in the Docklands area of London, the annual WTM is a four-day symposium of trade exhibitions, conferences, talks, seminars and entertainment, all centred around international tourism and travel. 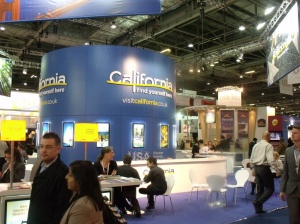 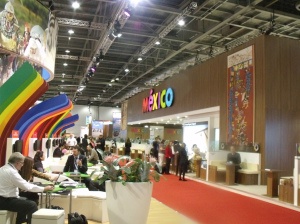 The event proved more than an opportunity to ditch the stale atmosphere in the office – it was also a heartening glimpse into the amounts of money and effort being put into B2B promotion by all exhibiting countries, no matter how poorly they rank in the Human Development Index. For professionals of the travel and travel-related business, including multicultural media, this is great news – there surely must be a way of grabbing a few contracts, once you figure out what everybody sees themselves as. Only at WTM can one meet tourism officials from governments the world around, scrounge for clients, exchange insight and analyse the situation of the market at a whole-picture level. 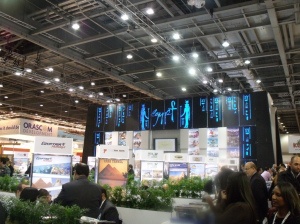 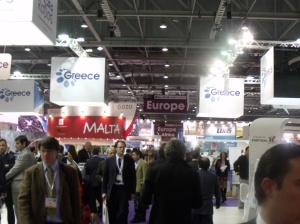 We represent a number of travel agencies specialising in booking flights and holiday packages from the UK to numerous destinations, especially India, Thailand, South Africa, Dubai and Malaysia, so we had to go to WTM to try and learn a few new tricks for our clients. And eat the free food. Although we did more of the latter than the former, there still are valuable lessons to be shared from the experience. Aiming to find out what’s the general tendency of agency travelling in the context of economic uncertainty and increased online activity, after a few hours of nervously listening to seasoned experts talk, then asking the attending tourism delegates about it ourselves, we came to the arguable conclusion that the digital era will change the face of tourism even more than it already had.

An important part of the convention was the Social Travel Market – a series of talks focused on the psychology behind social media, loaded with tips from accomplished social journalists, one of whom presciently defined advertising as “the cost of being outside the conversation”. For a detailed journal of the subjects covered, click here. If you’re in the business of Facebook, Foursquare or blog marketing you had better relax and take notes on this. 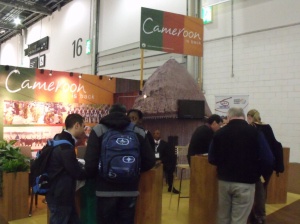 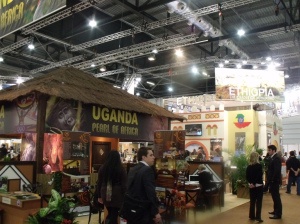 Social media is still in its infancy, but during the few short years since it took off, it came to have serious influence on a company’s bottom line: travelling, especially when done for leisure, is a personal thing, so the more energy a company puts in engaging with their customers on an individual basis, the more money it gets out of it.

Here’s a link to our client TravelviewUK’s Facebook page.

To wit, it’s gotten to the point where popular travel bloggers are being privately employed as consultants by people looking to, say, do a world tour or find their long lost souls in Tibet. These random people pay for a fully personalised service which comprises empirically gained information and ultimately a relationship with their de facto travel agent. It’s easier to trust someone with documented travel experience than a storefront. Simple as that. Historically, the general public has been known to put their money where their trust is… even if it later proved a bum decision. Essentially, the thing to keep in mind here is a possible reversal of targeting practices, fly-fishing style, so to speak. 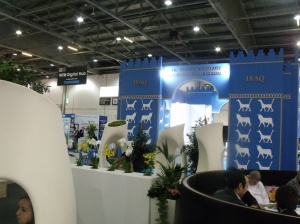 Increasingly, digital communication has facilitated relationships between different service operators across the world – small enterprises are uniting forces to ensure a steady flow of customers. Hypothetically, you’ve got a hostel or motel owner in Bangkok, a flight booking agent in Delhi, a digital marketer in London and an accomplished American travel blogger who’s been around and has it all on tape. Of course, this is a simplistic example, but it’s how it works in a crude nutshell: the four meet online and decide to go into business for each other. Next, they set up a loose organisational structure and start getting people in, effectively creating a cross-border, more or less full service travel agency. This business model is growing steadily, and by all estimates will continue to do so, the reasons being that it’s peer-to-peer, independent, the know-how in already there, the value added comes at little or no cost, and the infrastructure is all online. 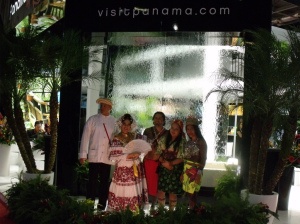 If you’re after a punchline to sum all this gibberish up, here it is: when the going gets cheap, the lean get going. Get a sharpie and write than down on a fiver, then carefully place the fiver under your pillow and sweet dreams.

But not yet, because there’s a little more to talk about. Travelling is not only about nihilist pleasures, although they are a major part of it. Seeing the world and learning about cultures and peoples with wholly different ways of life than yours puts things in perspective. Here&Now365 is a brazen multiculturalism-hawking agency, as you well know, so to keep doing what we’re doing, Captain Obvious said we need multicultural people around. If the whole world is to become an Americanised, all–consuming, all-tv-watching suburb of plywood homes and plastic front lawns patrolled by disgustingly tame Golden Retrievers, everybody might well be happier munching Prozac and Xanax, but then again, there will not be much cultural diversity to cherish and make media about.

Which brings us to the point: sustainability. Day three of the WTM was World Responsible Tourism Day, dedicated to talks about how to keep tourism going while improving, or at least not damaging the destinations. Sensitive ecosystems, traditional societies, fragile architecture and endangered environments of all types are worryingly popular among tourists, it seems. A ceremony was held within WTM on Wednesday to award the merits of people and organisations who are conducting responsible tourism activities. For who won what and why, click here.

Have a good week. Drive safe. Watch video summaries below.