Hard work pays off, and while 2020 was certainly a different year, we persevered, stayed strong and continued to do what we are best at, multicultural marketing! Many of our campaigns achieved great success and scored big wins for our clients. Here are some campaigns that we are most proud of.

In the spring of 2020, Elephant Atta launched its new Medium with Vitamin D atta. This atta was revolutionary as it was the first Vitamin D infused atta available in the UK. The product filled a gap in the market and helped the South Asian community, which is at a high risk of suffering from Vitamin D deficiency to incorporate Vitamin D into their daily meals with this everyday staple.

Of course, every NPD needs a great marketing campaign to overcome the consumer inertia, so Here & Now 365 launched a large scale multi-medium campaign to get the Mums and Home Chefs excited about this one-of-a-kind new product. We produced a TV advert that depicted a diverse, multicultural British classroom where the benefits of the product got told through the young Rishi. This advert touched the hearts of both South Asian mothers and children who felt proud to see a young South Asian boy as the hero of the advert. It prompted children nationwide to ask their mums to make chapatis using Elephant Atta Medium with Vitamin D. In addition to this heart-warming TV advert, we put out live reads on Radio, teamed up with influencers to promote the product, published a spread on Leicester Mercury and advertised on billboards, buses, and in stores to create excitement surrounding the product.

ICICI Bank UK was the exclusive title sponsor for the Australia-India Cricket tour from 27th November till 9th January. We along with our exclusive partner Sky Multicultural handled the media planning and buying for this campaign.

Through executing eye-catching creatives and buying premier media spots, we achieved a 150% target delivery! The result was a striking win for ICICI Bank UK, and the bank dominated the match with over 8,000 seconds of airtime through sponsorship promos. This sponsorship worked wonders for increasing brand awareness and association, with a 60-70% brand recall rate.

We are proud to say ICICI Bank UK won the ‘Marketing Brand of The Year Award’ at the British Asian Media Awards. 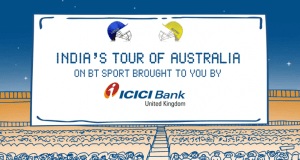 Morrisons is always finding ways to connect with their multicultural consumers by helping them celebrate cultural holidays. In Ramadan 2020 Morrisons partnered with Rubicon Juices, Surya Foods, KTC Edibles, Sara Food International, Cofresh Foods, FUDCO, AIB Foods, Pakeeza Dairies, INDUS Foods, Shazans and Badshah Basmati for their annual Living is Giving Campaign. The campaign ran at all Morrisons branches and allowed customers to give back through purchasing their favourite food packs and the proceeds were donated to CLIC Sargent to join them in the fight against Cancer.

The total valuation of Morrisons’ Living is Giving Campaign in terms of PR value was worth more than £100k. In addition to this, the campaign won the ‘Community Campaign of The Year’ award.

We are happy to say we started 2021 off to a strong start and have a lot of big things planned for this year. 2021 is going to be a great year for multicultural marketing.